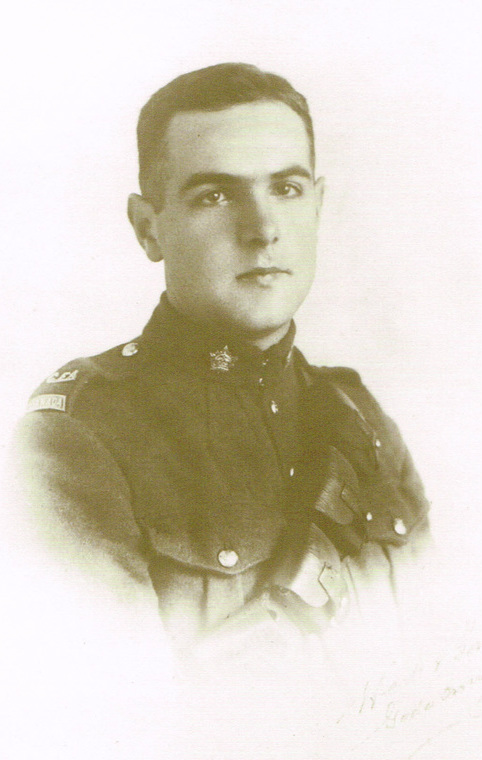 My name is Roy Stewart Clements. I was born December 3rd 1893 in Victoria, British Columbia, a small city in an island
located on the west coast of Canada.

I died on October 31st 1917 in Passchendaele, Belgium, 7859 Kilometres away from home.
I wanted to survive the war, hug my Mother one more time, have a conversation with my Father, meet a nice girl and eventually get married. I wanted to live.

When the war started, back in 1914, all of my mates wanted to go overseas and fight for Canada, fight with honour and courage. In the streets women would come up to young men and hand them a white rose, the
symbol of cowardice, if they did not want to go and fight.

I believe we were all afraid but none of us was brave enough to say it out loud.

I arrived in England on September twenty second, 1916; I and all the other soldiers were sent to a training camp where we stayed for six months. I can tell you, those six months felt like two weeks.


When the training period was over, the soldiers at the front made us realize that we had to forget everything we had been taught on the camp. A man can read all about the trenches and war, but know nothing about it until
he is there.

Time passed and I was assigned to the 4th Ammunition Col. There I received my death sentence. I was appointed a
gunner.

Rumors were spreading; we were going to be sent to Passchendaele.

Passchendaele was horrific. Blood and dead men where all over the place, the conditions of the battle field were terrible, the ground was full of holes and mud.
It was impossible to walk and you could not even think of running to hide.
I was a gunner. I knew I would die.


Mother and Father used to tell me the only thing certain in life is death, but I have no doubt they did not expect to read from a heartless cold letter that I was dead.

If I could do one thing now that I am dead, that would be helping Mother and Father get through the pain of losing me, talking, asking them to let joy into their lives, assuring I will be by their side in every moment.


I would be proud to say I was prepared to die, but I was not. I fought against death until my last breath.

Life was holding on to me as if she needed me as much as I needed her.
She did not. Finally she let go.